This disc contains content originally published on TGForum.com from April 1995 to December 1996. This disc was produced by 3-D Communications, Inc. in 1997.

TGForum was founded in 1995 by Cindy Martin, who was soon joined by Jamie Faye Fenton and JoAnn Roberts. Over the years, TGForum has hosted a variety of information and services, including a web magazine, chat rooms, message boards, and sites for indivdiual community organizations. In 2014, TGForum was sold by then-owner JoAnn Roberts to Prodigal Song Ventures.

All authors of content included on this disc retain copyright. Work is made available for noncommercial educational and research purposes. 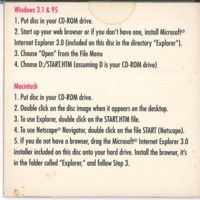 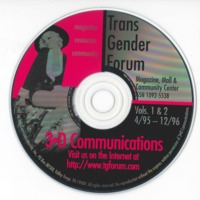