GAIN grew out of ITA's existing news service and was edited by former ITA media director Penni Ashe Matz until her death in 2001. From 2002 onward, it was edited by Kim Carver and Gwyneth Rhian Morgan.

An archive of GAIN digests covering 1998 to 2004 is available at the QDHP. The attached image is taken from the archived GAIN webpage (linked below). 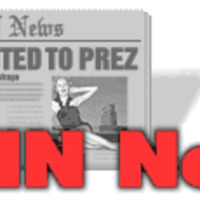